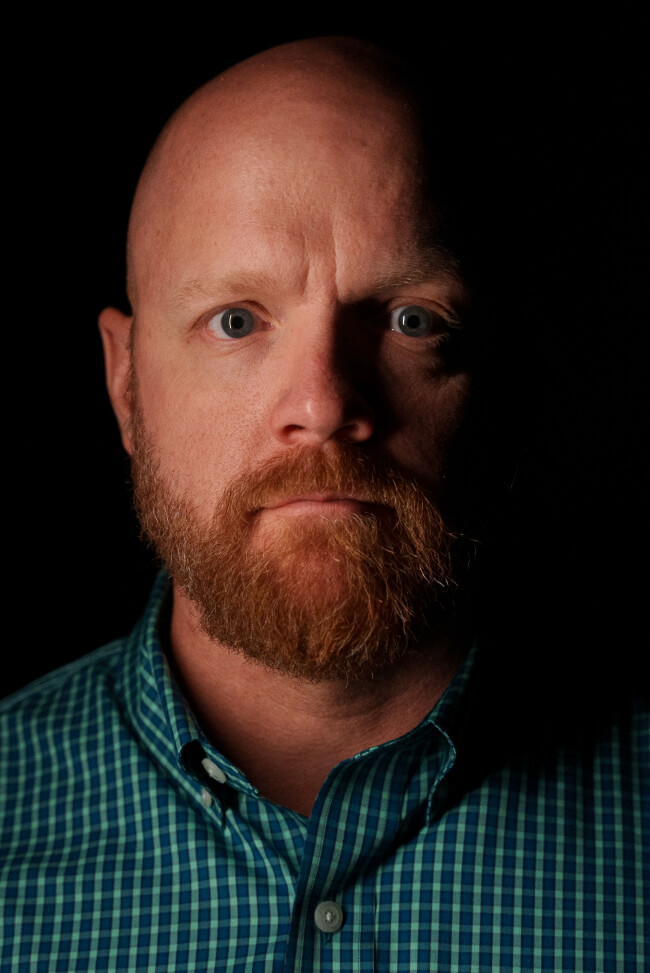 At 9 a.m. his lieutenant walked onto the tarmac and told his unit that the United States was under attack. The funny thing was,they had been talking about where they’d go if their Quick Reaction Force deployed to a hotspot. “We thought he was joking, as we had been joking witheach other – saying we would go to this or that trouble spot around the world. It was when he said that his father-in-law, who was an Army chaplain, was reading last rights at the Pentagon that we knew he was serious,” Paul said.

Rick and Vivian West informally adopted Paul, whomthey called PJ, when he was 13 years old. Paul was washing dishes at a cafein Dickens, Texas, to earn extra money. Rick took the boy on as a hand on hiscattle ranch after Paul’s parents could no longer care for him. As Paul grew up, Rick West wrestled with his need for help on the ranch and his desire that his son see the world and go to college.

Rick said he encouraged Paul to join the military“for the simple fact of going out there and seeing the other kind of people that’sin this world.” Paul reported to Army boot camp in Fort Benning, Georgia on Friday, Aug. 13, 1999 in the middle of a torrential rainstorm. He was 19 years old, and had never been out of Texas.

That would change within a year. He was deployed toBosnia – part of a UN peacekeeping force. The mission was to mediate betweenChristians and Muslims in a half-destroyed village not much biggerthan his hometown. Paul came to understand, through interacting withthe villagers, that “we’re really not so different given the separations of theregions of the world. I went in with a lot of preconceptions. And I came to findout a lot of those preconceptions just weren’t true.”

Paul used his own brand of diplomacy to trade hispocket knife for a Russian soldier’s beret and medals. He used his Texas Spanish to talk to Portuguese troops who were sweeping for mines around the village.But the communication he enjoyed most was visiting schools with his unit. He had his mother send pencils, pens and candy in care packages so he could give them out to the kids.

Paul returned stateside, joined the Texas National Guard and enrolled in college. He met his future wife, Christin, on a nightout with his buddies at Joe’s Crab Shack. He returned from their honeymoonin 2005 to a letter from the National Guard. He was going to Iraq.

The yearlong rotation started in Basra and wound through Tallil Air Base, to the southern border of Iraq, the Turkish and Syrianborders, Al Assad, “and anywhere in between,” he said. His platoon acted asconvoy security and personal security detail for oficers and VIPs. Themission grew dangerous and chaotic, as the insurgents hid themselves in crowds of civilians, knowing that U.S. troops could not return fire. The team dodgedincreasingly sophisticated IEDS - improvised explosive devices – and VBIEDS- vehicle-borne IEDS. On a mission near Sulaymaniyah, Paul took the toughest assignment, perched on a Humvee with his finger on the trigger of a .50-caliber machine gun, his teammate JT Thompson recalled. As the convoy turned down the street, bullets spewed from an apartment building in the distance.

The shots were buzzing past his head like bees, and he had a weapon that could have cut one of the buildings in half. “Buthe didn’t fire a shot,” JT said. Later, he asked Paul, ‘Why didn’t you light into them?’

“He told me he didn’t have a clear target. He didn’t want to hurt innocent bystanders.”

Paul came home to Texas feeling he hadn’t completedhis mission but his National Guard unit had no plans to return to Iraq. He met a recruiter for Blackwater Worldwide at a job fair, and traveled to Moyock, North Carolina for the selection process in 2006. He eventually joinedthe Tactical Support Team known as Raven 23, along with Dustin Heard, Nick Slatten and Evan Liberty. 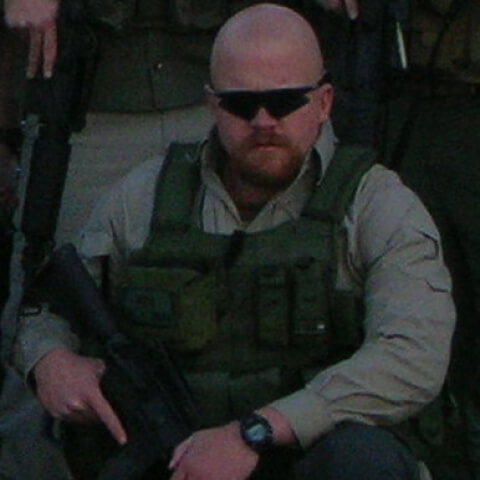 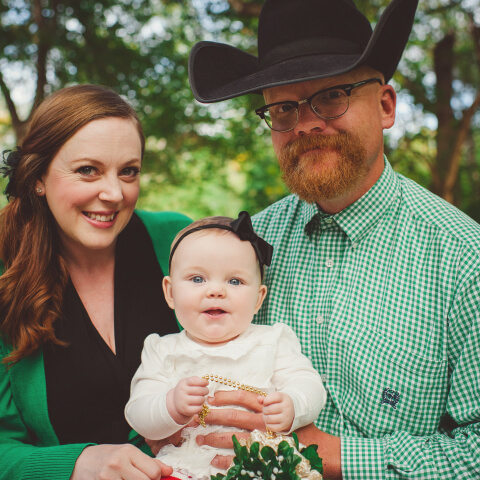 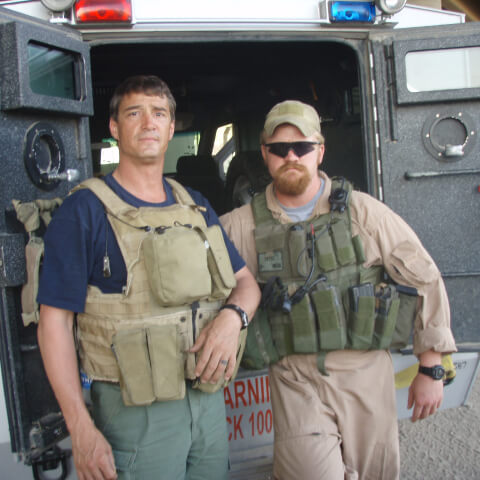 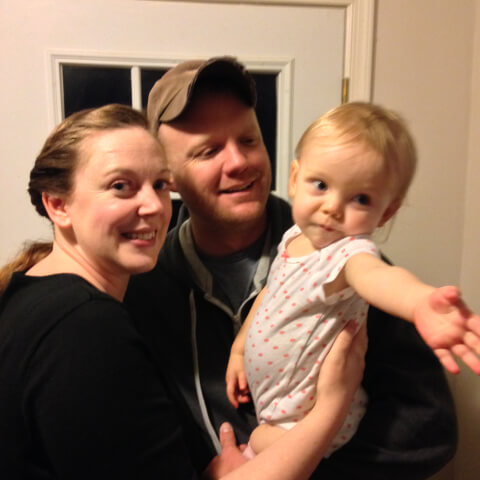 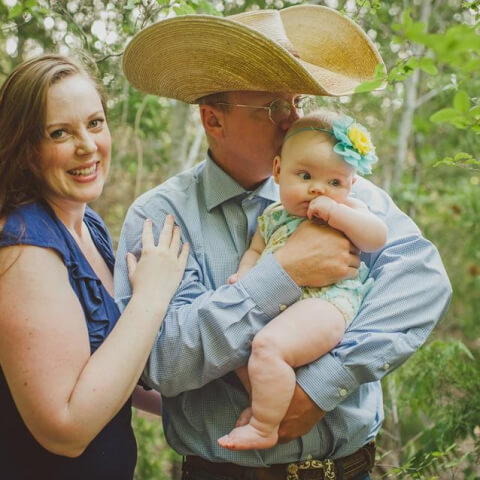 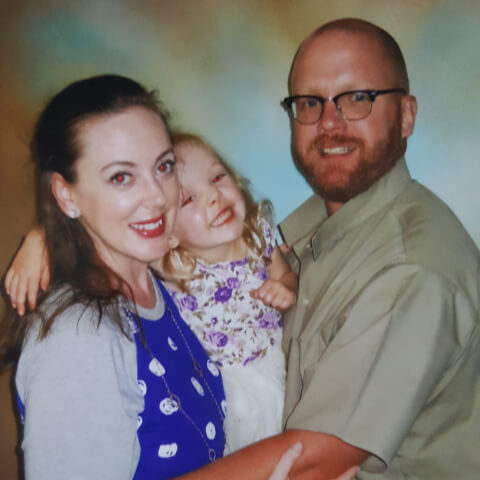 Help Support Paul Slough and other Heroes like him today!Make a Contribution ›