The Pipe Hitter Foundation was founded by the Gallagher family who vowed to dedicate their lives fighting the injustices that were inflicted on them. 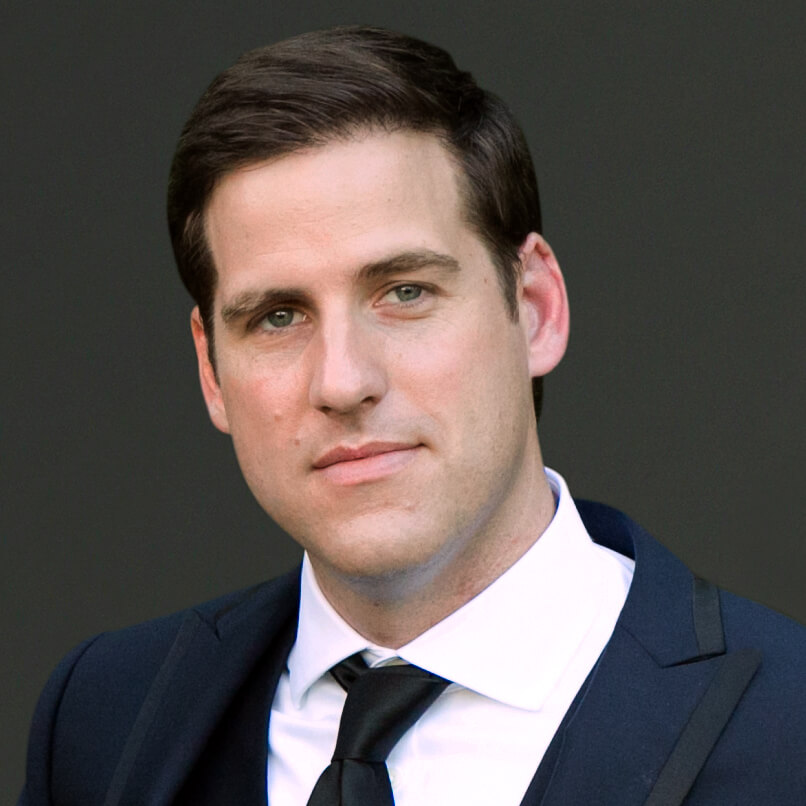 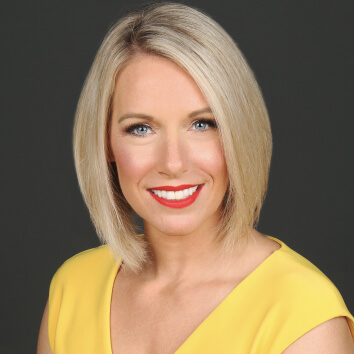 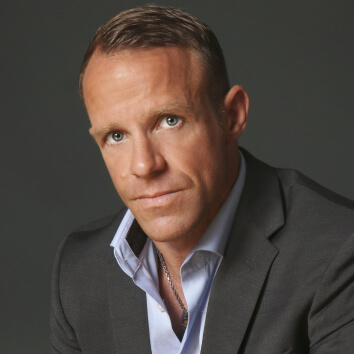 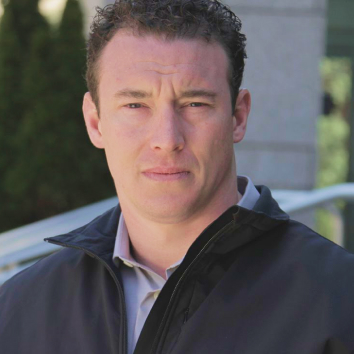 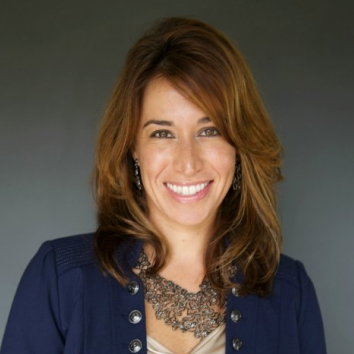 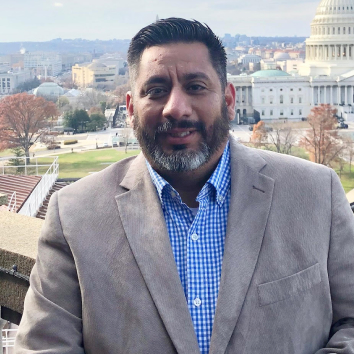 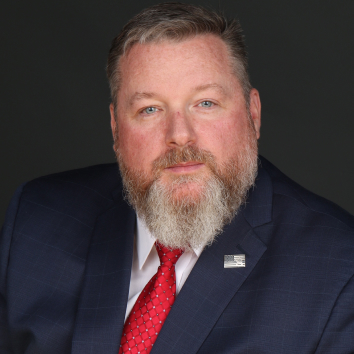 Join the Pipe Hitter Foundation, and together let’s fight for those who’ve fought for us.

Sean joined Andrea in the fight of their lives to defend Eddie, his older brother who he has looked up to his whole life. He worked hand in hand to publicly expose the injustices being perpetrated against Eddie and his family, and helped to raise the money necessary to mount an effective grassroots campaign.

Sean utilized his experience on Capitol Hill, where he had worked as a legislative staffer for Members of Congress for nearly eight years. He is the proud husband of Kristin Gallagher, who also supported the family in the fight to free Eddie, and the father of two wonderful boys. Sean has a Master’s Degree in Public Policy from Georgetown University and received his Bachelor’s in Political Science from Villanova University.

Andrea Gallagher is the wife of Eddie Gallagher and mother of 3 amazing children; Treven, Ava, and Ryan. Eddie and Andrea met when they were 16 and 17 years old and got back together later in life and married at 27 years old in 2007. Andrea and the children supported Eddie throughout his military career which consisted of 9 deployments -- the last of which was in 2017 before preparing for his retirement after 20 years of dedicated service.

In 2018, multiple offenses were committed against her husband and children culminating with Eddie being taken from a TBI Clinic and thrown into pretrial confinement on September 11, 2018. Andrea realized it was time to speak out. She fought tirelessly to raise awareness about the injustice that her husband and family were facing. Throughout the ordeal Andrea worked with Eddie’s brother, Sean Gallagher, to right the wrongs they were suffering during Eddie’s nearly 10 months of pretrial confinement, all the way through his trial in June 2019, when he was acquitted of all serious charges.

The now nationally known travesty of justice got the attention of Americans, patriots, and world leaders alike. In the wake of these events, Andrea and Eddie wanted to help and support men and women in both the military and law enforcement who are facing similar injustices.

Before retiring, Eddie Gallagher spent over 20 years serving in the United States Navy. 5 of those years he spent with the Marines where he deployed as a medic and Scout Sniper. The last 15 he spent serving with the special operations community where he deployed numerous times with SEAL Team ONE and Team SEVEN. His tenure included 9 deployments in support of Operation Iraqi Freedom, Operation Enduring Freedom, Operation Inherent Resolve and numerous other missions worldwide. Eddie Gallagher's commendations include 2 Bronze Star Medals with Combat Valor, Presidential Unit Citation, Meritorious Unit Citation, 2 Navy Commendations, 3 Navy and Marine Corps Achievement Medals with Valor and numerous other joint and individual awards.

Carl Higbie was born in 1983 in southwestern Connecticut. As state champion wrestler in high school he attended Sacred Heart University until the war on terror was declared. In 2003 Carl dropped out of college, leaving behind a promising wrestling career and enlisted to become a US Navy SEAL. He completed 2 combat deployments to Iraq in 2007 and 2009 where he led his team to capture the infamous “Butcher of Fallujah”. Subsequently, he returned to take a senior training position for his remaining three years where he taught high risk evolutions such as Close Quarters Combat and Air operations.

It was during this time that Carl released his first book “Battle on the Home Front” which brought to light many problems, some political in nature that were plaguing our country and the military. The book led to a highly publicized battle against a politically charged machine reaching to the White House. Two years after leaving the military, Carl emerged victorious against all odds which his new book “Enemies Foreign and Domestic” is based on. With a victory against political correctness under his belt and at 30 years old, he took on a run for US Congress in 2014 losing a contentious convention in a five-way race garnering 14 percent on his first run, more than any other candidate outside of the party favorite who received over three quarters of the total votes.

Carl Higbie has owned three successful business’ in his tenure including his current consulting firm Ameriman LLC. He has been an integral player on dozens of campaigns including a President Trump’s chief surrogate during the campaign as well as the communication director and Spokesman for Great America Super PAC. His latest book was released on May 10th 2016; “Enemies, Foreign and Domestic, A SEAL’s Story”. He currently sits on the advisory board of “Heartbeat for Warriors” as well as “Heroes to Heroes” Higbie is quickly becoming one of the most respected authorities on politics, military and national security. His natural leadership skills coupled with his experience as a Navy SEAL make Higbie uniquely qualified to comment on a range of issues. An intelligent and eloquent orator, Higbie has become a fixture on both Fox News and CNN, where he is frequently called upon to provide insight on a variety of matters. He served as a Presidential appointee as the Chief of External affairs for the Corporation for National and Community Service. He was subsequently the director of advocacy for America First Policy and America First Action, the White House affiliated Super PAC. He is currently a NewsMax Contributor and senior policy advisor for the Urban Revitalization Coalition, An executive order authorized nationwide project. He sits on the board Tree of Knowledge Inc., pioneering the CBD industry. Carl is nationally syndicated as the host of the ‘Carl Higbie Show’ at www.carlhigbie.com. His newest book “Crisis of Culture” was recently released.

Joni Marquez grew up on a 160 acre ranch in Bradley, California. She knew at a young age that she wanted to serve in the military. The pictures of her great grandfather in the Army fascinated her, captured her imagination and ignited a passion within her to want to serve her country. As fate would have it, she ended up joining the military as a young adult.

She joined the U.S. Air Force in September of 1998, and became a member of Security Forces (SF). After serving a few years as a fire team member and on the anti-terrorism team (Phoenix Ravens), September 11th occurred. On that tragic morning, as she sat in a briefing room and watched people jump out of the burning and crumbling twin towers, her heart fell into her stomach and she realized that terrorism, the very thing that she was fighting, had just hit American soil. From that day forward, something inside of her changed. She decided that she wanted to have a bigger part against the war on terror, and so she applied for an USAF scholarship in order to pursue her goal to become an officer. After graduating from the University of California at Berkeley in 2008 and commissioning back into the Air Force, she received the position as a Fire Control Officer on an AC-130H gunship. She later moved on to become part of the 16th Special Operations Squadron and deployed for two combat tours in Afghanistan. During her first tour she was overhead the tragic shoot down of Extortion 17 (August 6th, 2011), that killed 31 heroes. In February of 2016, she eventually ended up being medically retired from the Air Force as a Captain, due to the trauma that she experienced.

Joni personally battles PTSD and depression. The shoot down of Extortion 17 was a mission that forever changed her life. She is graduating from USC in Spring of 2020 with a Masters degree in Social Work (with a military concentration). She hopes to achieve her license in clinical therapy in a few years (LCSW) and continue to help her brothers in arms fight in the unseen battle against PTSD. She hopes to decrease the numbers of veteran suicides by creating a better resiliency program that offers more grief therapy and evidence based interventions in order to help change the warrior’s narrative.

Tommy Marquez was born in Mexicali, Mexico and raised in Brawley, CA. After graduating from Brawley Union High School, he enlisted in the Navy in 1995. He graduated from Naval Recruit Training Center Great Lakes and Yeoman “A” School in 1995. His first assigned duty station was the USS PELELIU (LHA 5) from 1995 to 1999. There he completed two Western Pacific Deployments and was awarded the Navy Achievement Medal and Sea Service Medal. He transferred to Special Boat Squadron ONE in 1999. Immediately after the terrorist attacks on 9-11, he was hand selected to be forward deployed to Afghanistan with Combined Joint Special Operations Task Force South. He earned a Joint Service Commendation Medal and Combat Action Ribbon for his service in Afghanistan. Later he would be stationed and serve temporary duty at Naval Special Clearance Team ONE, SEAL Team FIVE, SEAL Team SEVEN and Naval Special Warfare Group’s ONE and THREE.

After completing his military service, he attended Cuyamaca College in El Cajon, CA and earning an Associate in Science Degree in both Social and Behavioral Sciences and Child Development. In 2012, he began working as a Caseworker for Congressman Duncan Hunter and was quickly promoted to the Military and Veterans Caseworker. He successfully handled hundreds of complicated VA and Military issues that ranged from benefits to locating lost military awards. Later, he began drafting and analyzing Military and Veterans Affairs legislation, when he was promoted to Director of Congressional Casework. Once promoted to the position of Deputy District Director, Tommy began handling all high-profile issues; including Eddie Gallagher’s wrongful imprisonment.

Today, Tommy continues to work for the U.S. House of Representatives and remains a strong advocate and resource for Military and Veterans matters.

Rob O’Donnell was born and raised in NYC, beginning his career in 1991 as a NYC Transit Police Officer merging into the NYPD in 1995. He was promoted to Police Officer Special Assignment in 1997, and then to Detective in 2000 where he worked for the departments Organized Crime Control Bureau, Precinct Detective Squad, retiring out of one of the department’s Homicide task forces in 2004. During his career, Rob had been involved with both the 93 World Trade Center Bombing response/rescue, as well as response/recovery on September 11th. After retiring due to injuries sustained in the line of duty, He was involved with the identification and investigation of the Fort Dix terror plot suspects in 2007 in Pennsylvania where he currently serves as a Director of Safety. Rob was also externally involved with the NAS Pensacola terrorist shooting when his Son, A student Naval Aviator had called him for guidance upon entering the building that was under fire making him the only First Responder in the Nation that has dealt with four terrorist attacks on our homeland. With almost 30 years of Public Safety experience, Rob currently sits as Director of Business and Media Relations with a national law Enforcement support charity, Brothers Before Others, and is a Senior Law Enforcement Contributor for Law Enforcement Today, often appearing on Fox News, NewsMaxTV, WBAL Baltimore, WMAL DC the Larry O’Connor Show, Town Hall Media’s Hot Air & Bearing Arms, the American Conservative Union CPAC, The Blue Magazine, & the former NRATV